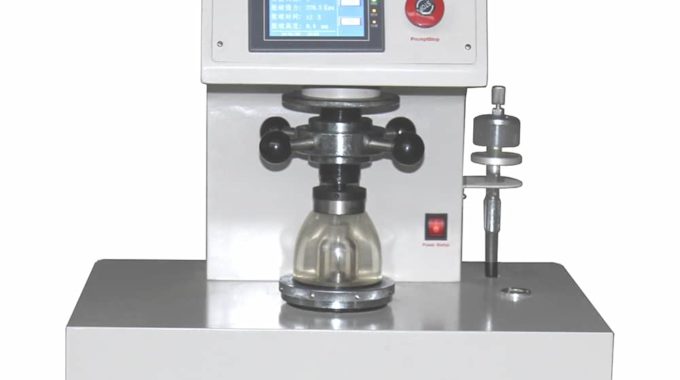 With the rapid development of market economy, the import and export trade of textile industry has increased greatly. And the testing work of fabric burst strength involved in production and new product development as well as trade process has also increased significantly. Therefore, an efficient, accurate and economical new equipment and testing method (standard) is particularly important.

As the textile materials have poor quality uniformity and large performance dispersion. Especially the woven fabrics, knitwear and non-woven products. The test of each quality index is required. And a considerable sample size is required to obtain the test results that represent the overall performance. According to the test method, the tensile strength is not suitable for some fabrics (such as knitwear and lace). But it can be replaced by the burst strength test.

Fabric tended to be at the same time by warp and weft breakage, oblique force, especially some knitwear (such as weft knitting) has the characteristics of straight to the extension, lateral contraction, straight to the lateral and influence each other, such as the tensile strength test, must be in warp and weft and oblique test respectively, and the intensity of burst can make a one-time comments on fabric strength.

In China in recent years in the textile standards, metrology and other aspects have made obvious achievements, has developed a large number of with international level close to or testing instrument.

A dyeing machine is a equipment used for dyeing fiber, yarn and fabric to discolor…