What is Electrospinning Technique  development ? 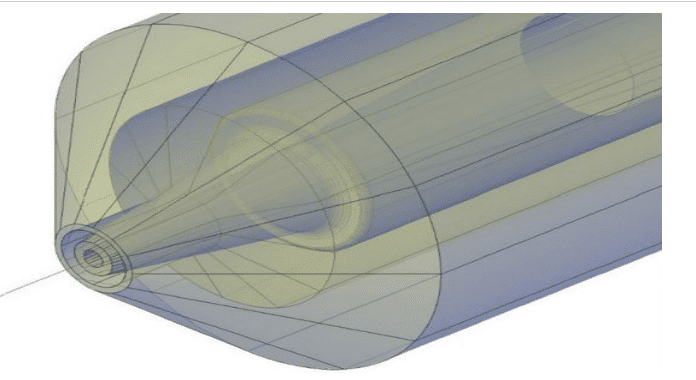 Elecrospinning is as a type of simple but highly effective processing technology in macromolecule nanofiber production. The preparation of low modulus, high flexibility, high strength biodegradable polymer fiber is an important scientific subject, once R&D successfully, it can be used to make stitches of high flexibility single silk, and can also be used to prepare tissue engineering scaffolds, which will greatly promote the development and progress of medicine and biology.

Therefore, the following research will be strengthened in the future, i.e. the use of electrospinning principle, by improving the device, controlling parameters, getting the continuous, uniform size, defect controllable polymer nanofibers and arrangement rules. Based on the performance of polymer nanofibers, better properties and biocompatibility of polymer nanofibers will be R&D. It is also an important research direction that how long time the strength can be maintained in the body, and can be absorbed in the short time after wound healing.

The development process of Electrospinning technique 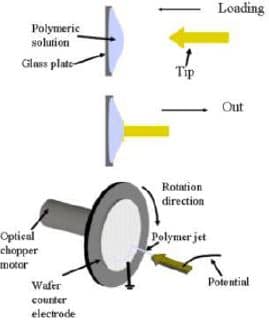 In 2003, Dr Jun Kameoka et from Korea first studied low-voltage Electrospinning and introduced a method of producing ordered fiber by using scanning probe as a spinning needle for electrostatic spinning. The probe was made by using an arrot-shaped silicon tip with a self-installed 300um, and a probe was used to dip the polymer solution into the electric spinning. The spinning distance was 2cm and the spinning voltage was 4-6kv. This method makes the low-voltage near-field electrostatic spinning become possible, and the ordered array of micro-nano fibers is obtained by the rotation of the collection plate relative to the spinning tip. FIG. 1 is a schematic diagram of the preparation of low-voltage electrospinning polymer fibers.

In 2006, Dr. Sun Tao from Xiamen University put forward the concept of the near field electrostatic spinning, the team used tungsten tip self-assembled 25um dipped to near-field electrospinning, the spinning distance 500um, spinning voltage 600v. Article focuses on the near-field electro spinning in the application of direct writing technology, controlling the pace of the collection plates in different one-way movement, will collect plate movement speed and spinning speed coordinate matching, to achieve the orderly fiber, and some preliminary attempt to direct writing.

Chinese development in the field of electrospinning equipment 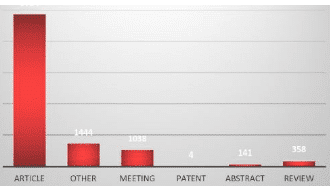 It can be seen that after several years of development, China’s research and development in the field of electrostatic spinning is very rapid.

What is Torque Rheometer?   Torque rheometer DW5300 is ideal equipment for the flow of materials research,…

How Does HDT/ Vicat Tester work ?